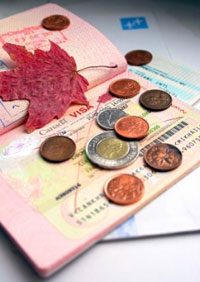 Why is it advantageous to work in Canada

Canada is still one of the world’s most profitable places for both foreign direct investment and international business. The country has a growing labor market. A large number of Canadian employers have desperately needed specialists in a lot of areas, trades and professionals. The working conditions are classified as high standard and the salaries very frequently exceed those of other countries. As a result, the country was considered by Forbes magazine as the best place in the world when it comes to creating jobs and developing businesses.

Why work in Canada? The economy of Canada still is continuing to do better than those of other industrialized countries. The reason behind this growing economy and outstanding performance are a succession of competitive advantages like low corporate tax rates and business costs, highly educated and skilled workforce, complete access to markets, and established, healthy financial institutions.

Working in Canada gets you to three things: (a) its stability and predictability, (b) being innovative, and (c) its cost efficient and profitable.

For the next five years or so, the country has been considered by the Economist Intelligence Unit as the best country in the G-7 in which to do business. Between the years 2008 and 2011, it has been leading the G-7 with an average GDP growth rate of one percent and is now projected to be included in the top performers of G-7 up until 2016.

There are a few reasons why Canada achieved its economic stability and predictability. For one, Moody’s have ranked its banking system as number one all over the globe for financial strength. For four consecutive years, it holds the soundest banking system in the world. At the time of global financial crisis, the country remains to have not failed or required bailouts in banks or insurance companies.

With the stable and predictability status of Canada’s economy, it has guaranteed that the benefits of innovation can direct to income for both short and long terms. The country offers a special blend of innovation competence all over an extensive list of industries. Its proficient innovation system has been dynamically involving the research institutions of Canada in the progress of next generation products like paper phones, simulation technologies, electric vehicles, wood-based jet fuel, and the new plastics and chemicals that will shape the bio-economy in the future.

In addition to this, Canada is identified by the Information technology and Innovation Foundation in Kansas as the leading country in the world when it comes to the integrated approach to motivating economic growth and development by means of innovation.

The competitive business costs, successful innovation clusters, ready to access markets, low corporate tax rates, and efficient transportation infrastructure has allowed Canada to have a profitable international investment. The Canadian economy, for many years now, has developed faster compared to other G-7 country, with public policy and a boom in commodities that contributed to its growth. The country managed to execute policies to motivate its economy by budgeting its surpluses and initiatives for debt-reduction.

As of the present time, Canada has the lowest net debt-to-GDP ratio among the G-7 countries. The country also has a concrete plan to go back to a budget surplus by 2015 and 2016. Companies operating in Canada can count on a fast and trustworthy access to North American and global markets, since it is already well-positioned to persist on the pro-business techniques that support long-term economic development and competitiveness, helping the country to attract more global investors.

Previous Post
WHAT’S THE BEST WAY TO BECOME A LAWYER?
Next Post
The top highest paying jobs in Canada